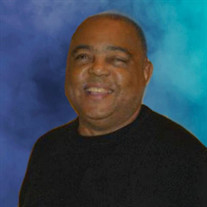 Larry Allen Biggers, 70 of Kissimmee, Florida went to his eternal rest on February 1, 2020. He was born on February 11, 1949 in Mobile Alabama to Preston Allen and Hattie Biggers while being raised by his stepfather Lloyd Biggers and mother Hattie Biggers in Orlando, Florida.

Larry served his country in the United States Air Force; he then retired from the City Of Orlando Fire Department.

Want to get notified whenever we write about Osceola Memory Gardens Cemetery Funeral Homes & Crematory ?

Sign-up Next time we write about Osceola Memory Gardens Cemetery Funeral Homes & Crematory, we'll email you a link to the story. You may edit your settings or unsubscribe at any time.